I have always been terrible at origami, but since seeing some beautiful flowers at recent craft fairs, I’ve had a google and they’re actually not that complicated to make! 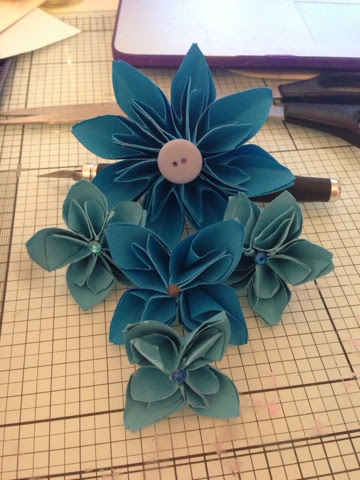 You can make them in all sizes and top them off with buttons or bling, they look fab! Here’s how they are made.. 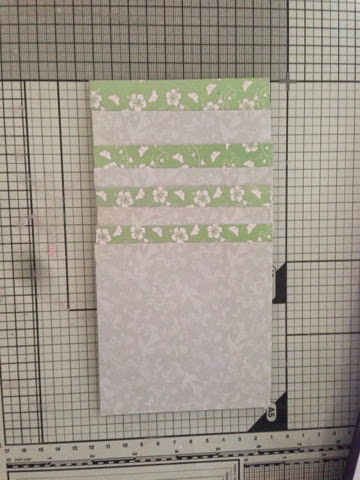 You need 4 – 8 pieces of patterned paper or card. I use paper as it’s easier to fold, if you choose card, make sure it’s not too thick or you’ll have trouble making the cone shapes at the end. Any size will do but remember the smaller, the more fiddly it will be. 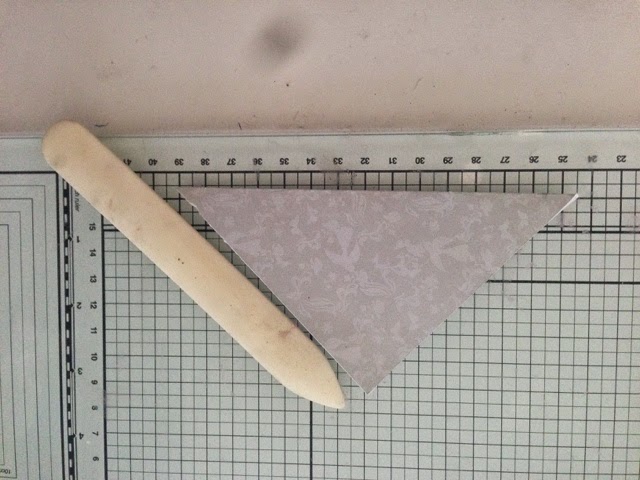 First, Take a square and fold it in half to make a triangle.
MAMA TOP TIP: Use a bone folder to score down your edges to give it that professional sharp edge. 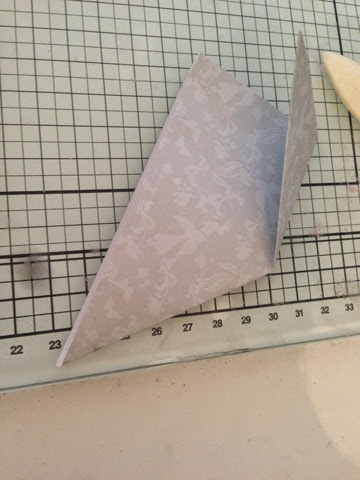 Fold your bottom corner up to the middle and the same on the other side. 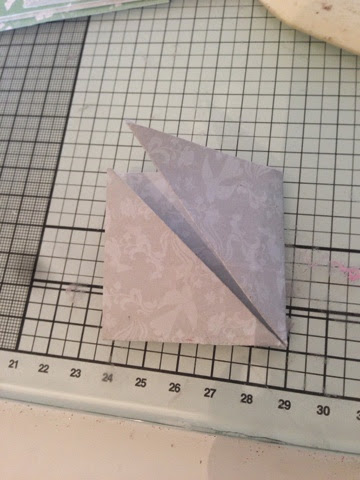 So now you should have a mini square made from 2 folded triangles. 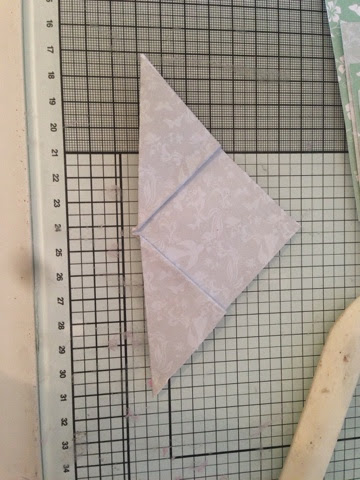 Fold your triangles out, back on themselves, so you end up with 3 triangles, 2 small ones either side of the large one. 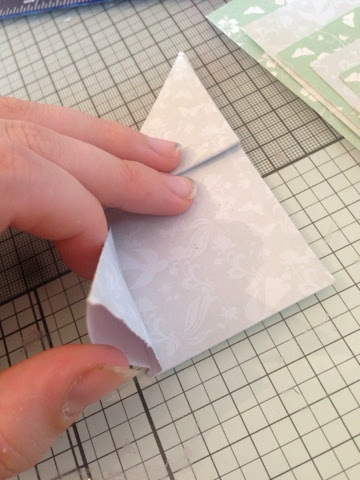 Next, hold up one of your outer triangles, put your finger in the inside and push the crease so you’re opening the triangle out into a kite, with the crease in the middle of it from when it was a triangle. 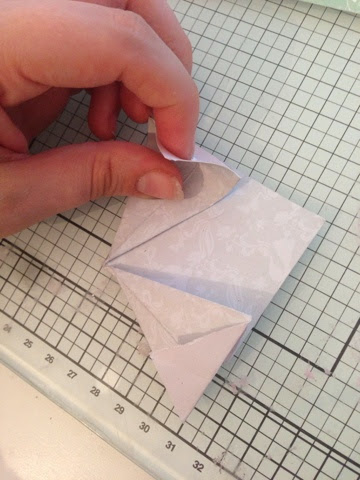 Do the same with the other side so you are left with 3 kite shapes. 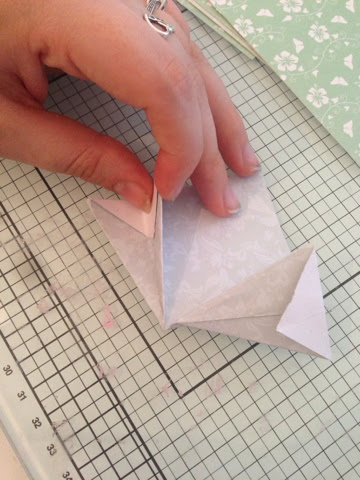 To neaten it up, fold down the triangles that are taller than the back triangle. 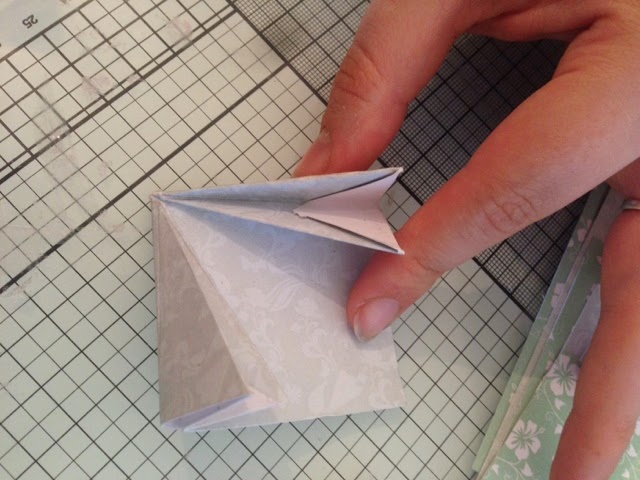 Nearly done! Next fold your triangles back down the middle where they were folded before. Glue your outer tabs and stick them together to create a cone shape.
MAMA TOP TIP: Use a peg or tweezers to hold the two glued tabs together while gluing, especially when you have quite a few petals! 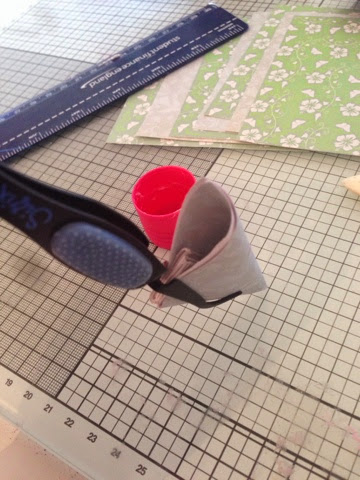 And viola your first petal is done! Make 4, 6 or 8 more and then stick your petals together! 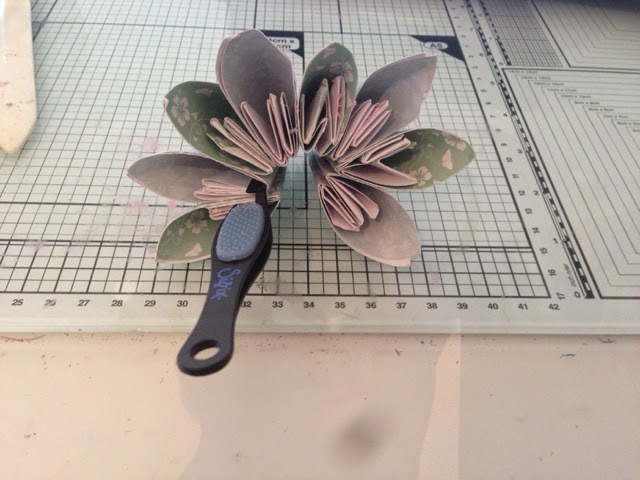 Stick the petals together side by side, using tweezers or a peg. I used a glue stick but from now on I’ll be using my new hot glue gun! Be patient, especially as you add more and more petals, it can be very fiddly but you’ll get there in the end. The final petal needs glue on both sides to glue to your petals either side. If you’re having trouble making them meet, make sure your points underneath are together in the middle. 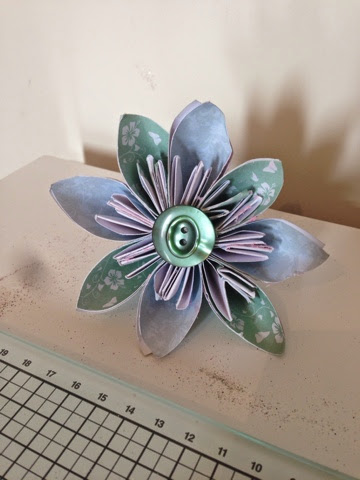 And there you have it! I like to stick a button or brad of some kind of bling in the middle to make it look complete. I also got some florist wire for £1 from Wilkinsons so they have stems to put in a nice vase!

This site uses Akismet to reduce spam. Learn how your comment data is processed.